Testimonial: The Garden of Childhood 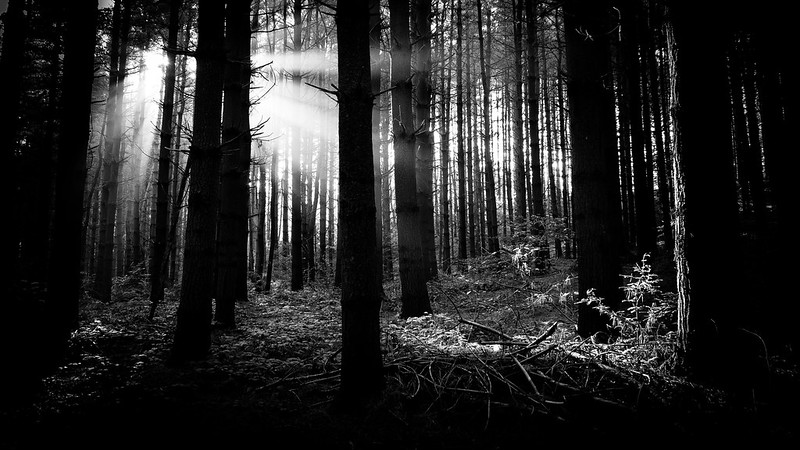 Michael was one of the first people I made a ritual for. I asked him whether he wanted to write a bit about his experience, and this is the text he sent me. Thankfully he agreed that I could publish it. Please mind that English is not his native language, and that he chose to write in English so it could be more accessible.

The Garden of Childhood

Thibault designed this ritual for me because at thirty I still felt like a child in many aspects and wished to become more of an adult, more capable of taking responsibility for my life. He had me go back to my parent’s basement, roam through my old stuff and bring back a couple of tokens from my childhood: toy cars, stuffed animals and so on. The night of the ritual I packed a bag with those tokens and Thibault came to pick me and led me to a bridge that leads over the highway and into the woods. We arrived at midnight and sat for a while. I was strangely unfocused and against all expectations not at all in a spiritual mood. Thibault then lit a candle which he put into a small lantern of mine, and sent me on my way.

At first, it was quite scary being in the woods alone at night. There was a full moon that quickly disappeared behind a thin layer of clouds, so it wasn’t bright as day, but not completely dark either. Everything was kind of gray, but I could see quite well.

The idea was to take my tokens out of the bag, think and feel about what they meant for me, place and leave them somewhere on my way through the woods — aware of the possibility that I might not find them again or that their meaning will change for me. So that’s what I did: I started leaving these artifacts around the forest.

“Being alone in the woods made me present”

I had expected to be scared all the time, and at first I was: The woods are alive at night, full of sounds, owls hooting, deer jumping through the underbrush. But soon I realized: This was normal life. It was just darker. I had also expected to become very emotional and cry about my childhood and so on, but I didn’t: Being alone in the dark woods made me absolutely present. Suddenly I was not able to see anything but what was before me, and I couldn’t see any meaning in those tokens anymore. The little gun toting plastic cowboy was no longer a symbol for the little child in me who longed for strength to defend himself, it was just a plastic figure.

This made me realize I was done thinking about my childhood. It’s gone, it’s the past, it’s not here anymore, what’s here is a grown man alone in the woods in the dark, not scared at all! This made me feel quite joyful and courageous. I started leaving the paths I knew, and, when in doubt, chose the path that looked scarier. When I saw a tree or something that looked scary, I stood still and looked at the thing until I saw it for what it was, just like my toys.

I felt good. After one and a half hours, I put my last token on a tree stump, blew out my candle and realized: I don’t need it! It’s just a candle! And I’m a grown ass man!

“I was suddenly able to place these fears where they belong”

went back to where I began and started collecting my tokens. Not because I needed them, but because I didn’t want to litter. The second time, the scary paths where not scary at all anymore. I was walking quickly and started imagining scary things like zombies ore an axe murderer chasing me (notably scenarios that half a year ago when I made camp in the woods for a night scared me senseless), and I still wasn’t scared. Because I was suddenly able to place these fears where they belong: zombies aren’t real, and in the highly unlikely case of an axe murderer, as an averagely built man of thirty years, with a big stick in my hand, I would stand a fighting chance.

The idea was that I’d stay in the woods until dawn. But at three in the morning, when I had collected all my tokens, I felt it was enough. I called Thibault because he was supposed to pick me up at the bridge, but then decided to walk home on my own. When I left the woods, the city streets were completely deserted and I proudly strolled in the middle of the street, feeling like nothing could hurt me.

It wasn’t at all what I expected, but it was a wonderful, transforming experience. And days later I noticed that I could integrate the walking-towards-the-scary-bits part into my life, from confrontations with people to confrontations with thoughts and feelings, and I’m growing stronger and more courageous still.